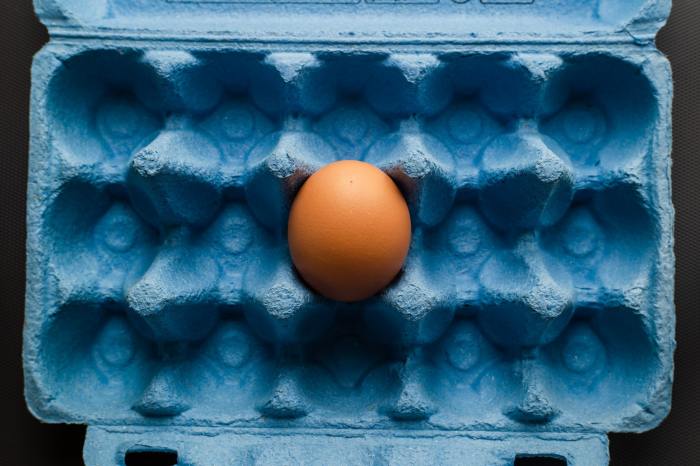 One day, a woman costumed in mystical red silks, sat behind a small table at a street corner in a city. On the table was a cloth and on top of the cloth, was a golden pedestal holding a single egg. The woman sat very still as a man approached her.

The man asked her “what is this?”

The man hesitated, eventually deciding to hold the egg in his hand. He laughed uncomfortably, the egg fumbling into a coziness in his palm. He then closed his eyes.

His shoulders relaxed and his breathing shifted, growing a bit deeper. He breathed out and then he breathed in. After some time, tears began pouring down his face. He was overcome with joy, with a deep sense of release. He held the egg like something to be loved, gently and warmly in the grasp of his hand.

The man opened his eyes as if for the first time in his life.

“Thank you,” he said, handing the egg back to her.

“You can keep the magic egg if you wish,” she told him.

“I want you to know how much this means to me,” he told the woman, “what do I owe you?”

The man walked off, walking differently than he had when he had first approached.

The woman bent down to reach into the bag by her feet and pulled out a carton of eggs. She took one egg and set it on the golden pedestal before her.